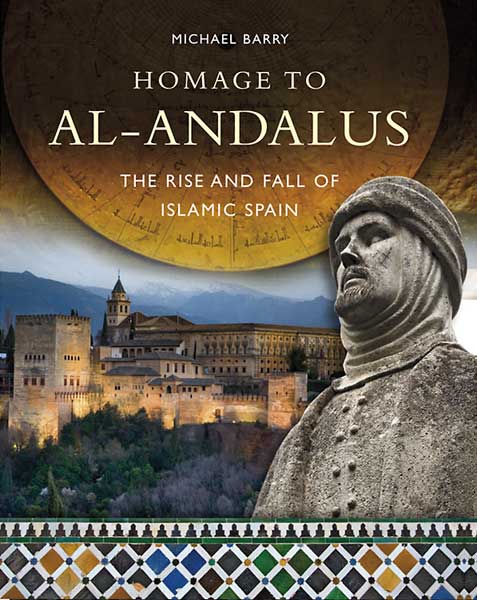 THE RISE AND FALL OF ISLAMIC SPAIN

The Iberian Peninsula was conquered by Islamic forces in 711 AD and the Islamic presence continued in this part of Europe for 900 years. This new book tells the intriguing story of al-Andalus: its splendour, tolerance and conflicts. Centuries of Islamic presence in Spain and Portugal left an indelible stamp, like the wonders of the Alhambra and the Great Mosque of Córdoba. The legacy also extends to the rich seam of learning, in science, medicine, literature and philosophy that was later transmitted to the rest of Europe.

How did all this come about? In this fascinating new book Michael Barry tells the story of al-Andalus, its rise to splendour and sophistication and its decline. Richly illustrated with outstanding photographs, it shows the achievements of this extraordinary time. Written in an accessible form, this book sets out the fascinating events from the conquest up to the final expulsion of the people of al-Andalus from Spain, a tale which has resonance with events happening today.

It is a book which is essential for those interested in history, for those who want to know this absorbing story and for those who wish to travel in Spain and experience the remarkable legacy of al-Andalus.

Print edition available in bookshops or Books.ie (who ship worldwide),
or Amazon.co.uk

Marvellously illustrated… Invaluable as a guide to some of the secret, forgotten places of Arab Spain

Book of the DayThe Irish Times

Stunning… tells the intriguing story of the splendour, tolerance and conflicts throughout 900 years of Islamic Spain

With more than 280 illustrations, this book explores a time in history that is often neglected 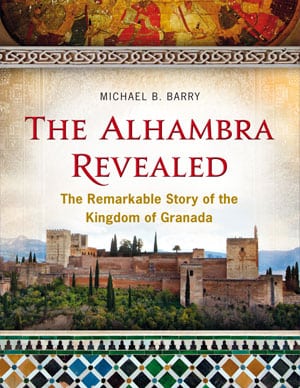 The Green Divide
Scroll to top